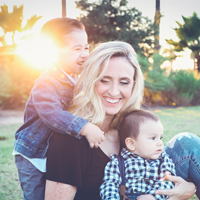 Moms. They’ve been there for us through it all. Between working hard in their careers, providing top-notch life advice, cheering us on at every sports game, and being all around excellent role models, it’s not uncommon to wonder if there’s anything they can’t do. Moms deserve a round of applause for the work they do every day and Mother’s Day is the perfect time to let them know how awesome they truly are. Before we begin showering our moms with love this Sunday, let’s take a look at how this annual tradition got started.

Long before Hallmark cards and Sunday brunch became the celebratory norm, the earliest known celebration of Mother’s Day dates back to ancient Greece and Rome where people would gather to honor the mother goddesses, Rhea and Cybele. Fast forward to early Christianity in Europe, modern traditions slowly began to emerge when children would honor their moms with small gifts and bouquets of wildflowers during a festival called Mothering Sunday.

Mother’s Day as we know it today is all thanks to an American woman named Ann Reeves Jarvis and her daughter Anna. After the Civil War ended, Ann held meetings in West Virginia teaching women how to properly care for their children. Since the state was still largely divided in the aftermath of the war, she organized Mother’s Friendship Days in an attempt to mend the bonds broken between Confederate and Union wives.

After Ann’s death in the early 1900s, her daughter, Anna, was inspired to keep her mother’s efforts alive to celebrate women. In May 1908, she organized the first true Mother’s Day celebration at a church in West Virginia, bringing thousands of people to the event to honor mothers. The event was a huge success and began to spread across the nation. By 1912, many states had come up with their own version of Mother’s Day until 1914 when President Woodrow Wilson declared it a national holiday.

Today, Mother’s Day is celebrated in many different ways all around the world but no matter where you are, at least one thing remains constant: moms are the glue that hold our families together and deserve a day to feel special! No matter how your family celebrates Mother’s Day, remember to tell  the moms in your life how much you love them. Have a happy Mother’s Day!

Sesame is an industry leader in integrated, cloud-based marketing and patient-engagement solution designed exclusively for your practice. We know that effective patient communication is vital to the success of your practice and the efficiency of your team. With Sesame, you can take your practice to the next level, allowing you to concentrate on what’s really important – your patients!